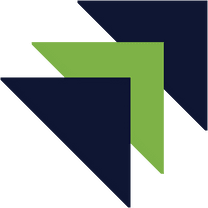 A Transition In Thought LLC

An analytics adoption consultancy focused on helping our clients reach analytics independence. We believe that the best way for a consultancy to help its clients is to always leave the client in a better position to be self-sufficient. That is why we frame all of our engagements as a short term solutions which both solve the client's immediate need and sets them up to best maintain or recreate the solutions going forward. We have only succeed when our clients see us as a trusted resource that helps them achieve independence.

Michael founded A Transition In Thought in 2015 after being disillusioned by the existing consulting model. Having both worked for a company who hired consultants and worked as a consultant and trainer there was a dissonance in the goals of the two parties. Organizations hiring consultants need a temporary resource that will allow them to access expert knowledge and skills until they can function on their own. Consultancies want to make their clients dependent on them in order to continue making money. So Michael decided there must be a better way.

In an effort to best serve the client, the decision was made to build a company around both the explicit goal of completing the project and the implicit goal of reducing ongoing costs. This meant that instead of ingraining A Transition In Thought's resources permanently into the client, the goal had to be to transfer knowledge and skills to the client so that they could be self-sufficient when the engagement ends.

Before A Transition In Thought LLC; Michael received a BS in Mathematics from Hofstra University, began Northwell Health’s radiology department’s analytics team, and authored A Practitioner’s Guide to Alteryx while working for another consulting firm.

When not working you can find often find Michael spending time with friends, hiking, or shooting photography.

Copyright © 2020   A Transition In Thought - All Rights Reserved.